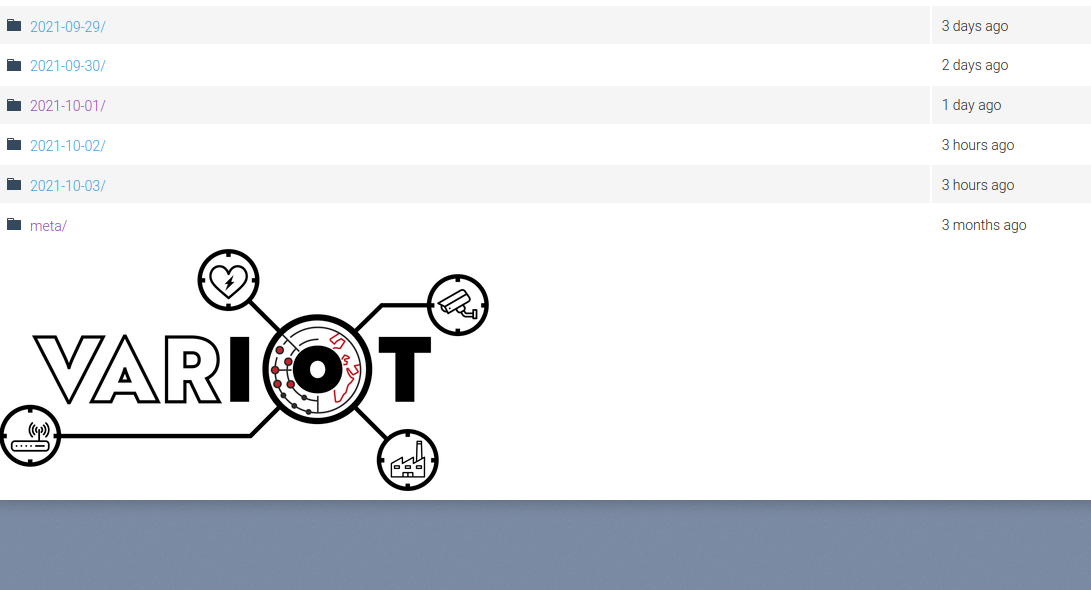 Having precise and accurate metrics about cyber security is critical in the measurement of security as explained by Daniel E. Geer. Many industries have their own metrics but it’s often difficult to find metrics concerning cyber security. The VARIoT project aim is to improve the situation and especially to distribute open data related to cyber security metrics in the IoT field.

As part of this goal, CIRCL, member of the VARIoT consortium, redistributes a subset of data produced by the partners such as Shadow Server. In the mean time, an open data security format has been developed with the goal to better describe open data related to security and especially the details on how the data was gathered and evaluated.

As you can see above, the open data security format describes who/what validated the data, the overall description but also the frequency of update and the sources. It’s a first version of the format and we will publish an Internet-Draft for the next version. If you see any missing fields or want to provide feedback, feel free to open an issue on the open-data-security description format repository. The format is currently used in VARIoT and will be used in the D4 Project.

The data for IoT related information (infected and exposed devices) can be downloaded from https://cra.circl.lu/opendata but is also available through the European Open Data Portal. The philosophy of CIRCL is to keep the data as raw as possible produced by the source to avoid loss of information and maximize the data exploitation. The dataset is daily produced by Shadow Server. It includes data about Infected IoT devices detected primarily through sinkholes, honeypots and darknets and exposed IoT devices detected by Internet-wide scanning. The dataset is constantly evolving due to the emerging new vulnerabilities that can be assessed.

We strongly hope that more producers of open data in the cyber security field use and extend the open data security format to describe their datasets in a common way.

« Monitoring botnets that use Tor proxies